Fashion design is the art of the application of design and aesthetics or natural beauty to clothing and accessories. Fashion design is influenced by cultural and social lattitudes, and has varied over time and place. Fashion designers work in a number of ways in designing clothing and accessories. Some work alone or as part of a team. They attempt to satisfy consumer desire for aesthetically designed clothing; and, because of the time required to bring a garment onto the market, must at times anticipate changing consumer tastes.

Fashion designers attempt to design clothes which are functional as well as aesthetically pleasing. They must consider who is likely to wear a garment and the situations in which it will be worn. They have a wide range and combinations of materials to work with and a wide range of colors, patterns and styles to choose from. Though most clothing worn for everyday wear fall within a narrow range of conventional styles, unusual garments are usually sought for special occasions, such as evening wear or party dresses.

Some clothes are made specifically for an individual, as in the case of haute couture. Today, most clothing is designed for the mass market, especially casual and every-day wear. 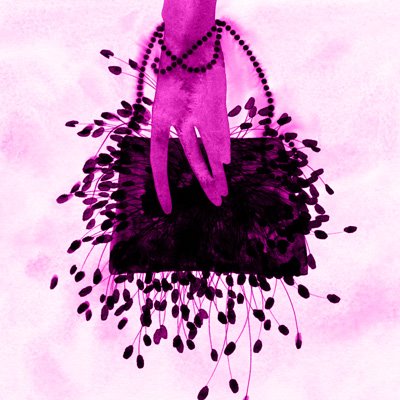 Fashion designers work in different ways.Myriam Chalek, Owner of Creative Business House states it in Vogue Magazine: Each fashion designer is unique hence the uniqueness of the sample’s development. Nevertheless the mainstream is pretty similar: From a sketch to a sophisticated illustrated CAD design, fashion designers before using any fabric put their ideas on paper. It’s only once they have the concept of the wanted design that they will use fabric. Myriam Chalek explains that the first steps of the garment production are very important: once the designer is in sync with whats in his head and whats on paper, he will either create a muslin prototype of the sample and once satisfied he will have the pattern done and then the final sample. Or he will create a pattern and then work directly with the fabric to produce the sample. This second method is usually not recommended if the designer is going to modify the sample as it is being created in so far as the fabric can be wasted and the final sample not being the true representation of the original designer’s concept. The pattern production is the most crucial part of the garment’s production because job the fit of the finished garment/sample depends on the pattern’s accuracy. Samples have to be perfect because that’s what the fashion designer present to potential buyers.

Fashion design is generally considered to have started in the 19th century with Charles Frederick Worth who was the first designer to have his label sewn into the garments that he created. Before the former draper set up his maison couture (fashion house) in Paris, clothing design and creation was handled by largely anonymous seamstresses, and high fashion descended from that worn at royal courts. Worth’s success was such that he was able to dictate to his customers what they should wear, instead of following their lead as earlier dressmakers had done. The term couturier was in fact first created in order to describe him. While all articles of clothing from any time period are studied by academics as costume design, only clothing created after 1858 could be considered as fashion design.

It was during this period that many design houses began to hire artists to sketch or paint designs for garments. The images were shown to clients, which was much cheaper than producing an actual sample garment in the workroom. If the client liked their design, they ordered it and the resulting garment made money for the house. Thus, the tradition of designers sketching out garment designs instead of presenting completed garments on models to customers began as an economy.

ALL ABOUT FASHION (PART 2) – TYPES OF FASHION, INCOME, SCHOOLS

In the dynamic world of fashion, what is the current trend? Inaugurating technology with the alluring concepts of fashion!

Fashion retailing is a complex business with growing competition among the retailers. Augmentation of trends has revolutionized the retail business; amicable to all that fashion is an integral part of the retail industry as well as brands. Fashion retailers today, are more concerned, with technology as their new sales mantra. Brands and retailers focus on new and attention grabbing techniques to allure the customers. The latest progress in the retail field is the application of various technological processes to attract, convince and sell to the customers.

Gone are the times, when one flips through the pages of a fashion magazine to get a glimpse of the latest trends and styles. The novel digital market offers the fashion savvy shoppers with all the perks of print media, along with the nearness and information of the current days technological advancements. Discounted apparels and other fashion accessories can be found online proving a distinguished successful market for fashion clothing and other accessories. This makes shopping, an easier task with astute styles of apparels ready and available for buying.

3D Body Scanning Application in Apparel Making:
3D Body scanning technology produces a 3D model through scanning. An individual stands in the scanners view, while it captures his body image and produces 3D images within seconds. The scanner uses a series of light sensors to produce a 3D image. Images are captured in 360 degrees within a short period of time along with body measurements and human body surface. This data is then forwarded to the manufacturer who uses his creativeness and creates the garment in a very short time with the exact measurements that matches the consumer.

This technology provides real time information to the apparel industry, wherein clothes will be manufactured with attached labels mentioning the bust, waist, and hip sizes thereby guiding the consumers to select a garment with perfect fittings.

This process provides the customer with a virtual image of how he or she will look in a particular garment. General information about the consumer like, small waist, narrow shoulders, long hair etc is entered in the computer. The software in the computer develops an image of the consumer based on these descriptions and displays it on the screen.

The last time we saw a shift towards lingerie as outerwear was the 1980s, and while I exude a general disdain for that decade I can’t help but admit that certain fashion elements which emerged from it do have a place in this decade and the next. And so it is that we see various pieces of underwear return to the fore as outwear to feature amongst 2009 and 2010 fashion trends. And in many ways this may become one of the ubiquitous fashion trends; one that is transseasonal, and one that emerges as we pay fresh attention to tights and stockings as a feature piece, and not just an accessory, courtesy of the ripped stocking trend.

But what elements exactly? And how do women play to the racy element without going so far as to look cheap?

Of all the looks to emerge around underwear as outerwear, exposed stay-ups and suspenders are inarguably the most risque and the most difficult to pull off. But that hasn’t stopped the most daring of women trying, and I’ve already spotted it on the streets, in street style blogs, and on the celebrities such as Mischa Barton (see more updates on who has worn it below).

Though difficult to pull off, thanks to a come-back of patterned-stockings and tights women have a huge array of options. Take, for instance, Agent Provocateur’s snake stay-ups whose snake-motif will distract from the fact that these are indeed stay-ups.

One thing I would say in this area: avoid wearing stockings as outwear. Yes, Sienna Miller got away with it at the New York after-party of Factory Girl. But there are two points to make here: the first is that it already looks dated, the second is that she is Sienna Miller. And it’s the second point that allowed her to get away with it.

First emerging on the catwalks in Spring/Summer 2008, lingerie-inspired garments have their basis in corsetry. Back then bodices and boning gave way to free-flowing pieces that took, and continue to take, their inspiration from delicately feminine lingerie. styles.

Slips and camisoles may just well be the best use of lingerie as outwear as their intricate detailing and light fabrics often make their quality on par with dresses one might find on the high-street. This does have the detraction of making them only suitable for the Spring/Summer seasons however.

If you’re looking to try slips and camisoles as outwear look to pair it with other fashion trends, such as the sheer fashion trend. But remember it’s a feminine look, so one that is harder to pair with heavier elements (but not impossible; it’s not too hard to envisage a slip paired off against heavier, shin length boots). If you’re looking to take inspiration from the catwalks pair the look with bold accessories, leather belts and chunky heels.

Seasons This Underwear Trend Is For

As I wrote in the introduction, lingerie and underwear is trans-seasonal and will work in both Autumn(Fall)/Winter and Spring/Summer seasons; naturally individual elements and colours will lend themselves to either/or seasons but there are no strict rules here.